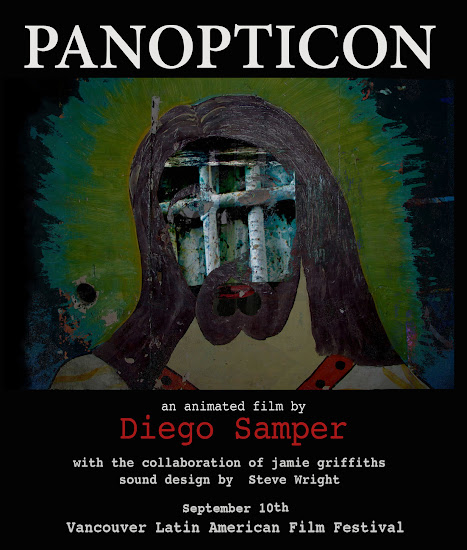 In the Colombian town of Ibagué, a prison for political prisoners was built in the late nineteen century, loosely based on a surveillance architectural design called Panopticon. This dreamlike, surreal animated video was created from the photographic images taken by Diego Samper in 2003, just few days after the buildings was emptied, previous to a complete renovation in order to house a new cultural center. It reveals a rich visual universe of prison art and, through it, aspects of contemporary Colombian social and political reality. But beyond that, it reflects on the principle of freedom. Is the Panopticon imprisoning freedom itself?

Read a media-blog from a Bogota journalist

EXCERPT from the 34 minute film.