WHITE LIAR AND THE KNOWN SHORE: FROBISHER AND THE QUEEN (2021)

The artists were invited by Interdisciplinary Media Arts Association/Population of Noise (IMAPON) - Vancouver, BC, to create a new work for a large scale banner that will spend the summer hung on the tennis court fence at McBride Park at 3350 4th Ave in Vancouver, British Columbia.

Laakkuluk Williamson Bathory (Inuk) and Jamie Griffiths (British-Canadian) bring together many aspects of the colonial story of Iqaluit challenging viewers to address the racism that perpetuates inequality for Inuit in their own homelands. The photograph is taken on the northern shore of Niaqunnguup Kangiqtunga, an inlet to ‘Frobisher Bay' in Nunavut. Jamie and Laakkuluk are collaborating artists, both based in Iqaluit, Nunavut. 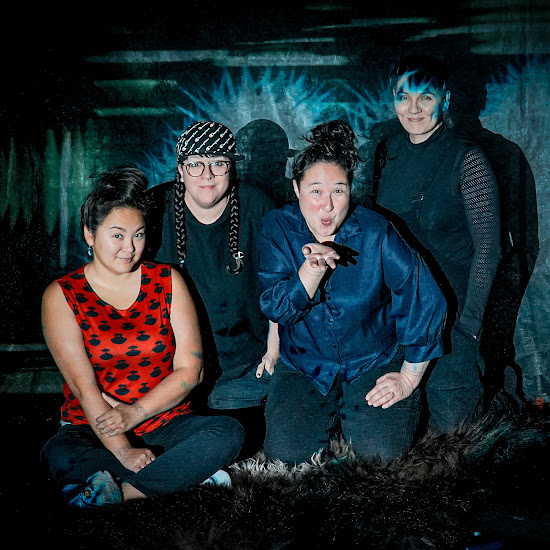 Turning towards the question of how to hold space for fear when pressure is mounting, Ikumagialiit takes on the metaphor of the bowhead whale, learning how to breathe in the depths and exploring Inuit practices of meditation and spiritual skill-building to make this journey.

Ikumagialiit’s premiere performance is on November 16, 2019 at 1pm, during the exhibition run of the NGC’s Àbadakone / Continuous Fire / Feu continuel an international indigenous performance art exhibition, at the National Gallery of Canada.

Ikumagialiit was commissioned by the National Gallery of Canada for Àbadakone / Continuous Fire / Feu continuel in 2019. Funding has also been provided through The Inuit Art Foundation’s Kenojuak Ashevak Memorial Fund.

A collaborative film with Laakkuluk Williamson Bathory, for Tunirrusiangit: Kenojuak Ashevak and Tim Pitsiulak, an installation at the Art Gallery of Ontario.
June 16 - August 12, 2018 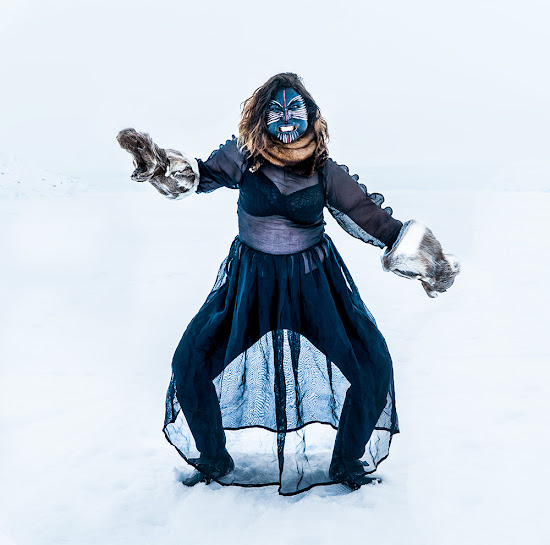 Filmed in a remote area of Frobisher Bay and in the town of Iqaluit, the film features performance artist Laakkuluk Williamson Bathory, and bridges the realms of the seen and unseen. Silaup Putunga is created as an homage to the work of the two featured Inuit artists, Kenojuaq Ashevak and Tim Pitsiulak and to their visionary works of art.

Silaup Putunga is the Inuktut name for a split or tear in reality making travel possible outside normal time and space.

TIMIGU, NUNALU SIKULU (MY BODY,THE LAND AND THE ICE) A collaborative film accompanied by live performance, made in partnership with Laakkuluuk Williamson Bathory, that was accompanied by a live mask dance and throat singing by Tanya Tagaq. The music in the film is composed by Chris Coleman and sung by Celina Kalluk. 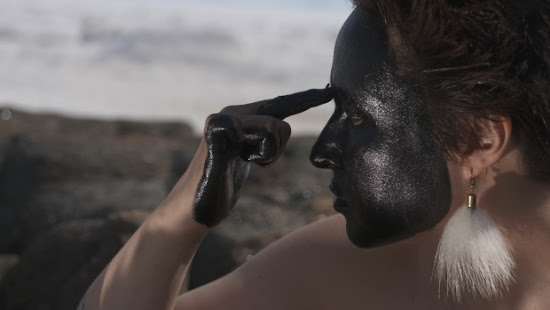 An interactive public artwork exploring voluntary versus involuntary public data collection for artistic process. We live in the age of Big Data where information can be stored in vast quantities and be retrieved at the (literal) speed of light. 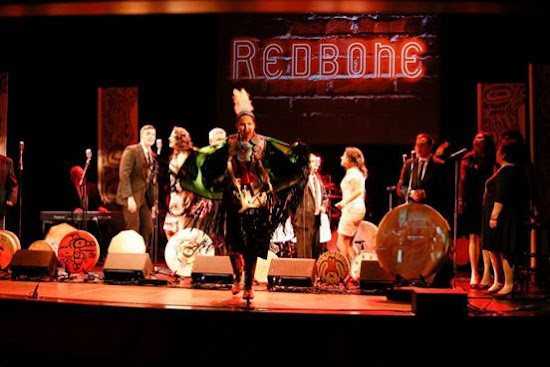 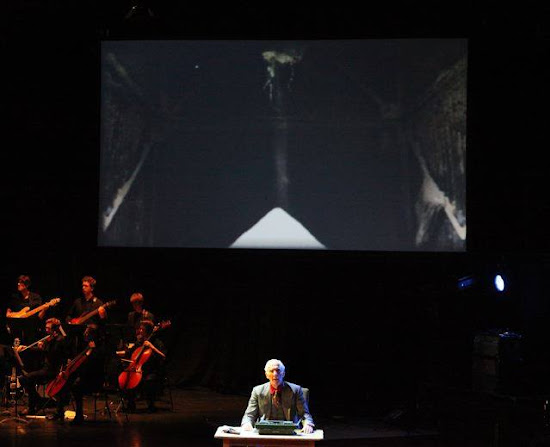 A commissioned installation, created by jamie in collaboration with Rob Scharein.  An old cedar tree holds the secret history in its cells of a vanished Coast Salish village on the site. Spirits in the tree, work to communicate the lost name of the village of Ee'Yullmough. As visitors approach the tree, small dots of light form themselves briefly into the name of the village. The tree that hosts the spirits was already a mature tree at the time that the village was abandoned under duress in the later part of the 19th century.

This project was first exhibited at the Patterns Event in the grounds of the Aberthau Mansion Community Centre in Vancouver in Fall 2014.  It is now being developed further for an application to exhibit at ISEA 2015 in Vancouver, in the Kits Point area, close to the original site of the Coast Salish Khatsalano Village. Around 1920, the Squamish Indians were forced from about 600 hectares of land in the heart of what is now Vancouver's Kitsilano Point. Government officials decided the village was untidy and was in the way of a growing town. Today the area is a park, home to two museums and an open-air theatre festival. In 1977 the Squamish launched a court case seeking proper compensation for this and other land they were forced from. The Canadian Government finally agreed to an out-of-court settlement to pay the Squamish about $60m. 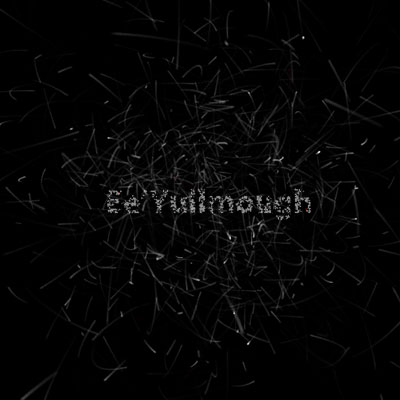 'Clive and Other Stories' June 8-9  at the Peckham Asylum

Jamie is pleased to announce her second design collaboration with Annalisa Terranova (Italy/London). An interactive video design for the operetta 'A Sign in the Dark', based on the philosophical 1970's story of Q by Italian writer, Calvino, from his cosmos series.

"The first performance of the night was A Sign in Space written by Arthur Sawbridge and composed by Nick Morrish Rarity. This piece was largely performed by an offbeat operatic duo, Q and K, played by Benjamin Williamson and Dan D’Souza. As digital projections drifted across the stone ruins, D’Souza’s baritone added a bold tonal layer to Williamson’s countertenor. Meanwhile, the otherworldly narrator, Felicity Turner electrified the hall with her opulent mezzo-soprano. This was a brave new world of dissonant music, a visual and audio mash-up of neoclassicism with a new-wave feel."

"The composer used lots of different sounds and required lots of extended techniques from the orchestra – but it all fit together. The lighting and costumes were also clever - at the beginning the flickering of lights matched the barely there violin. The light effects were integral to the story - later on a dramatic influx of light, matched by the music, caused a big reaction from the performers." 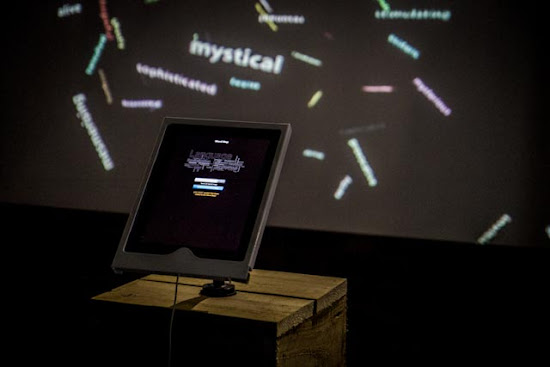 ‘Botanicus’ is an ongoing program of work that examines the disparity between the historical colonial motivations of most botanical gardens, against their stated contemporary focus on species conservation, generally supported by tourism revenues, subscription memberships and government research funds. 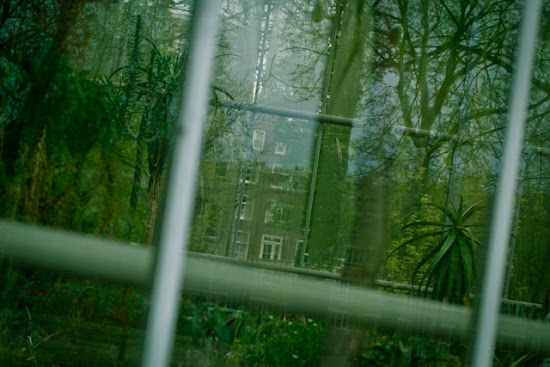 New works for gallery installation and performance, exploring issues of neo-colonialism in her own life as an emigrant to Canada from the UK. Having now returned to live in the UK this year after 23 years in Canada, haunting questions arise about the balance of power of the 'white' immigrant to Canada. Jamie uses her relationships with indigenous communities there to explore the larger picture of white power in Canada. She investigates Hastings' historical link with Grey Owl (Archie Delaney), who took on a fake indigenous identity in Canada in the 1930's and sprung to fame before being found out to have lied about being a white englishman from Hastings. 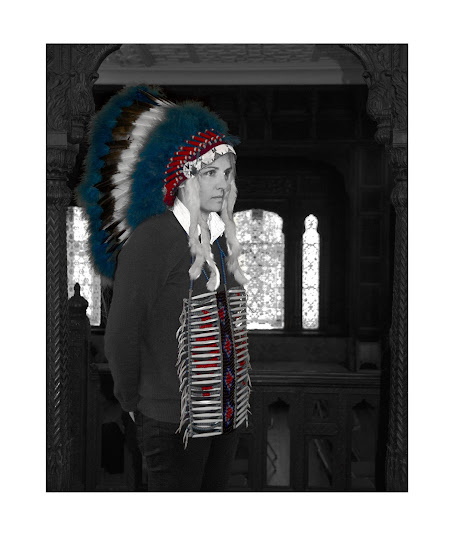 TWO FILM PROJECTS IN COLOMBIA, IN COLLABORATION WITH DIEGO SAMPER

An Experimental Documentary film for festival and television release, about the life and work of Colombian Photographer Leo Matiz. A collaboration with Colombian/Canadian Director Diego Samper, that includes never before seen photographs of Frida Kahlo and other Mexican artists of the revolutionary era, as well as photographs taken in the Palestinian Territories in 1948. Screening  daily at the National Museum of Colombia (Bogota). 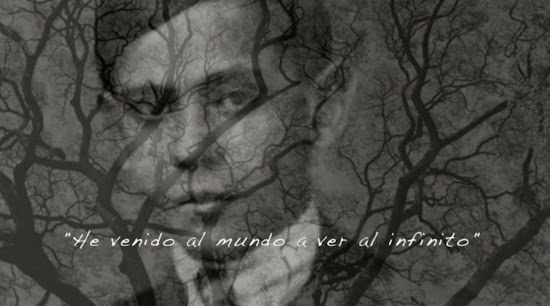 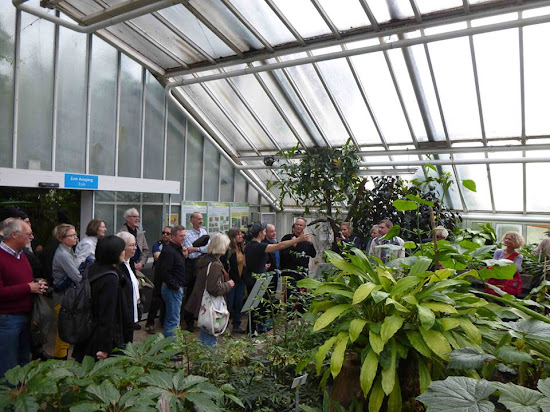 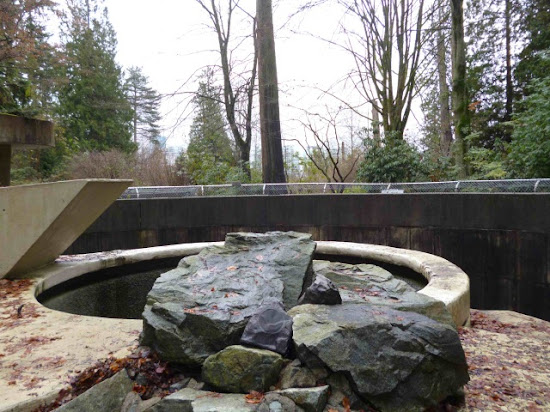 "The Edward Curtis Project is a distinct blend of it’s narrative and it’s imagery. Both the lighting and the visuals – photos and occasionally subtle video being projected onto one of a dozen or more different sized screens (and sometimes the cast members themselves) – make for a unique and wonderful visual experience. It’s always cool to see shows take strong advantage of modern technologies in a big, immersive way that doesn’t feel like an add-on or gimmick and, here, the visuals in The Edward Curtis Project are as much a part of the experience of the show as the narrative itself."

"an ambitious and visually stunning production" "a phantasmagoria of magical stage effects"  "one of the most magnificently beautiful combination of sets and visual effects I have ever seen."  Capital Critics Circle

"a unique and wonderful visual experience. It’s always cool to see shows take strong advantage of modern technologies in a big, immersive way that doesn’t feel like an add-on or gimmick and, here, the visuals in The Edward Curtis Project are as much a part of the experience of the show as the narrative itself." The Production Ottawa

"The production is a real gem. If you intended to only see one play this year, I would recommend this one!" The Charlebois Post 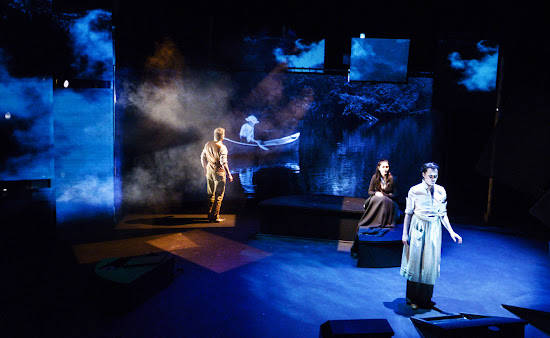