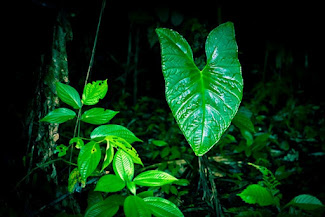 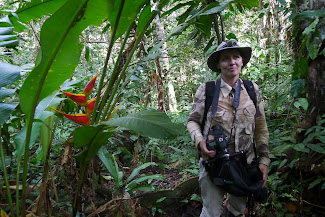 jamie shooting on a trail at Calanoa Amazonas 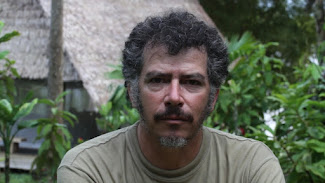 Title: 'Manigua -The Wild Heart of the Big Forest'

Jamie is collaborating with Colombian-Canadian visual artist & sculptor Diego Samper, in the Amazon River basin. The film is an experimental film portrait of the region, paying homage to the unity and interconnectedness of all life.

Unlike the everyday spanish word 'selva' which means 'forest', in Latin American Spanish the word 'Manigua' is a descriptive term used when particularly referring to the rainforest as an ineffable place... a wild, dark-spirited place with a heart that cannot be tamed.. a place of magic, power and mystery.  There is another word derived from it... 'Enmaniguado', which is used to describe a person that has been spiritually captured by the Manigua, a person who has fallen under its spell and is in this way now lost to the wild.  In English, the closest comparable phrase might be to say that someone has 'gone native'... but no exact word exists that references the Manigua concept that the forest is a living force of spirit and mystery, that lies beyond full human understanding.

In 2010 Diego and jamie previously collaborated on a film called 'Panopticon', constructed from 969 photographs of graffiti art taken by Diego in a Colombian prison with a powerful soundscape by Steve Wright. Together they developed a stylistic approach to the morphing of still images into animation. The Amazonas film project continues to explore these experimental film-making techniques based in photography, but the Amazon project also includes live visual film performances and involvement in local social, educational and community projects working alongside Marlene Samper, such as the Yacaré library boat project and the development of an indigenous childrens choir.

The project is based at the Calanoa Amazonas Nature Reserve, which is located next to one of Colombia's largest National Parks, the Amacayacu National Park, and is rich in wildlife, including jaguars, rare crocodile species and birds. Diego and Marlene have been involved in many cultural exchanges and educational projects together. Colombia is the second most bio-diverse country in the world, stretching inland from the Caribbean Sea across the Andes Mountain range, to the Amazon Basin. The cultural diversity of the region is equally great, with a rich and varied ethnographic history.

“This forest is the environment that drives and fulfills the dream of each leaf in a vast rhythmic cycle called life. Nothing is outside. We are all of it in a unity that transcends the whole. Maybe, just maybe, this resonates of G-d. If that is so, then we are all G-dde’s children, every earthworm, every virus, mammal, fish and whale, every fern, every tree, every man, woman & child. One equal to another. Again and again.”    Diana Beresford-Kroeger from ‘The Global Forest’

Marlene and Diego Samper, who lived in the region in the 80’s, are the directors of the non-profit society that runs the Calanoa Amazon Project, a conservation venture and sustainable educational and scientific centre in the Amazon, that is developing a model of sustainable living for the humid tropics, that integrates science, art and design. With natural architecture, and development towards 100% renewable energy sources, it focuses on minimizing its ecological footprint wherever possible. The project is supported by biologists, designers, artists and ecologists that are based in the area.

Diego has a lifetime of experience as a photographer and explorer of the Amazon. The Samperʼs lived for the 80ʼs in the Caquetá River. Diegoʼs belongs to a prominent architectural family with himself having a long history as a photography book publisher. His work on the Makuna people of the Northwest Amazon was published by Smithsonian Institution Press and he was invited to join a National Geographic team to the Ecuadorian Amazon. The Vancouver Museum of Anthroplogy at UBC has recently acquired the artifacts collection that the Samperʼs built after years with the Makuna and the Cametza people (of the upper Putumayo river).