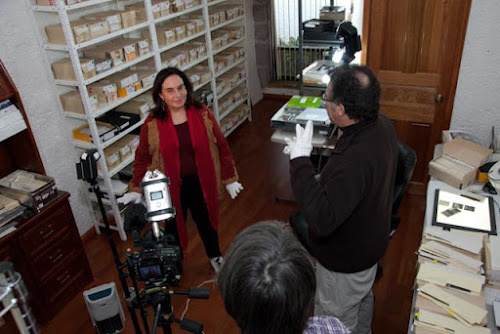 Filming newspapers and periodicals from the 1940's and 50's with Fundacion researcher, Gabi. 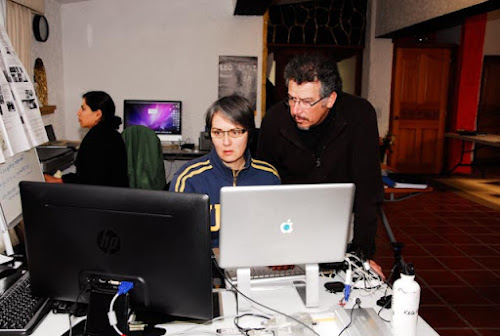 Jamie and Diego reviewing materials at the Fundacion Leo Matiz 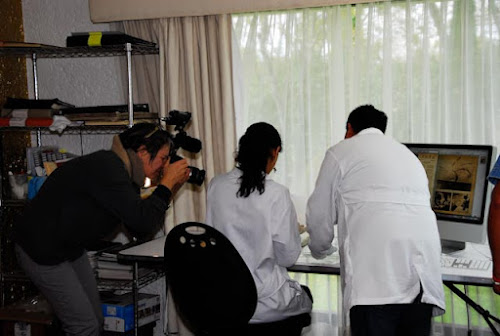 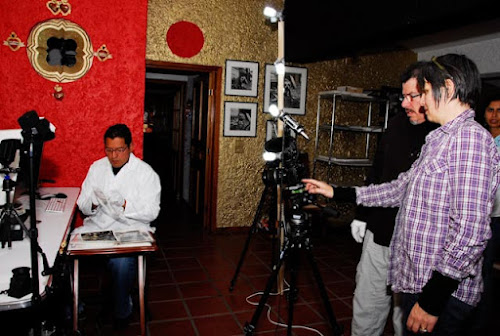 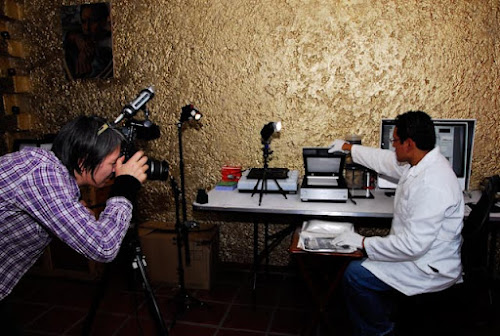 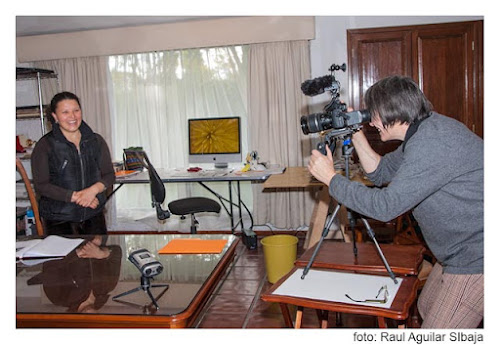 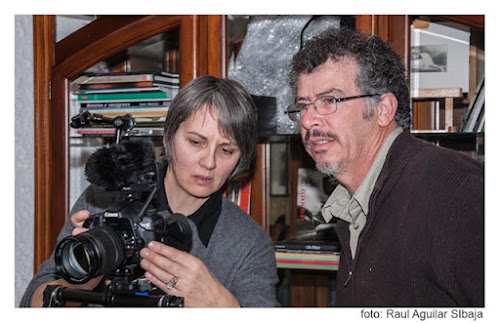 Diego and jamie setting up a shot 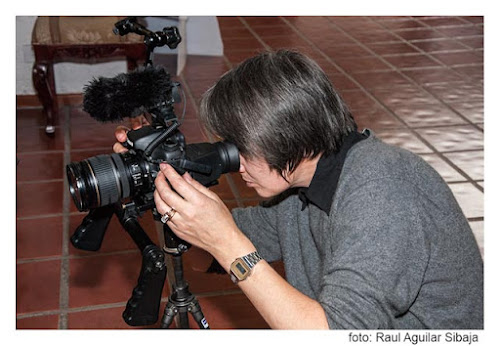 An experimental documentary film for festival and television release, about the life and work of Colombian Photographer Leo Matiz. A collaboration with Colombian/Canadian Director Diego Samper, that includes never before seen photographs of Frida Kahlo and other Mexican artists of the revolutionary era, as well as photographs taken in the Palestinian Territories in 1948.

Please scroll down to watch the film.

In 2010 Diego and Jamie devised experimental animation techniques for the 30 minute film 'Panopticon', that built a visual narrative of the Colombian civil war exclusively through 969 photographs of graffiti art taken by Diego inside a prison in Colombia. 'Highly Commended' at the Bogota International Film Festival in 2011, their work on 'Panopticon' led to a commission for a 'photographic' film about the Colombian photographer Leo Matiz.

In this new film work, they explored ways to build a thought-provoking cinematic experience about the nature of photography itself, while telling the story of the enigmatic man that was born on the back of a Colombian horse in the town that Gabriel Garcia Marquez wrote his novel about, "Love in the Time of Cholera".

Leo Matiz began his artistic career as a young successful caricaturist in Colombia in the 1930's, but moved on to working with photography, arriving in Mexico City in the 1940's to mingle with the art-elite of the era, Frida Kahlo, Diego Rivera, Siquiero and others. However he was also an early experimenter with abstract imagery and innovative darkroom techniques. Matiz continued with photography his whole life, returning to Colombia but travelling widely.