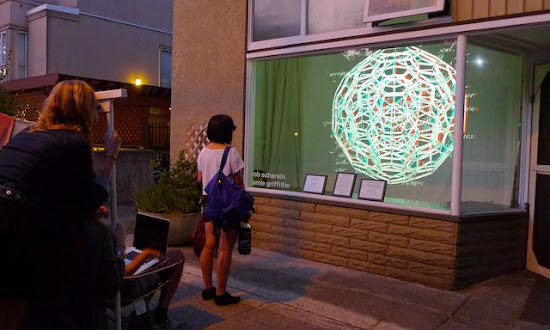 We live in 3 dimensional bodies and yet we operate in a world of thoughts, dreams and multi-dimensional realities. Conscious acts of engagement in the world effect the Quantum ‘Field’ that we inhabit. As bodies, minds, spirits & hearts we may only be aware of the tiniest relevances of our lives to ‘the’ grand picture.The ripples & waves of our thought patterns travel outwards and inwards as part of the never-ending, never- beginning matrix of life and energy. Some may call this Quantum Field “God”. 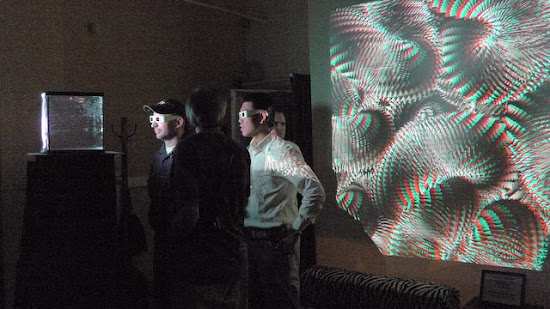 
In MystiQ, the Quantum Field is visually referenced by mathematical collisions of 3D strings and nodes, forming a continuous matrix of 3D ‘life’, attaching & releasing... dragging and being pulled around in the matrix. From a chaotic beginning, order emerges as symmetries hidden in the connections between players in the chaos game are revealed. As they collide they grab visual objects such as photographs and 800 year old words from poems by Rumi, which are disassembled in the matrix and become 3 dimensional slow moving objects for the passer- by to read and decipher.The words are presented but the reader must reassemble them into their original meanings.The implication here is that the words existed long before the poems were written. Only the mystical experience of the Sufi saint, Jalalud’din Rumi was able to bring them forth from “Heaven to Earth”.

"Questioning will not reveal the mysteries of the truth,
Nor giving away one’s goods and properties,
Unless the vision and the heart have suffered five years of bloody torment.
You will not walk on the path of divine intoxication (selflessness) from listening to sermons (mere chatter)."   Rumi

This forced theme of seeking meaning in the words, is connected to other phrases hidden in the video installation, on themes of Love, Art and Work; three mainstays of an artists life.
The video installation for the Vivarium grew progressively as Rob & jamie added words, images and graphics throughout the exhibition. Mathematical algorithms will ensured that the order that images and matrices appear was never seen the same way twice.

The viewing participant is pulled... down the rabbit hole and into the (Quantum) looking glass... 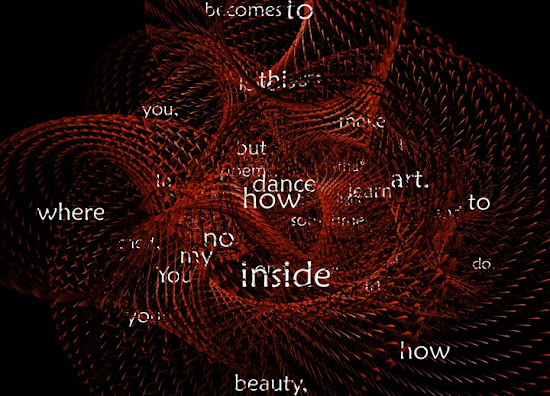 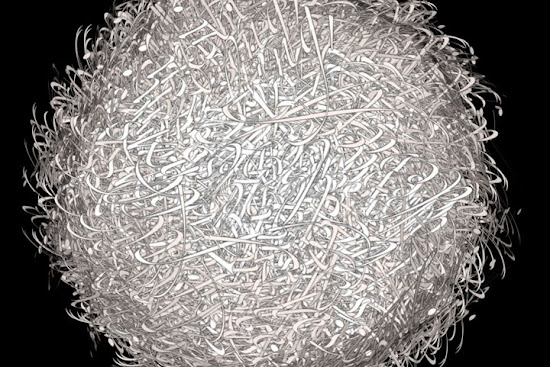 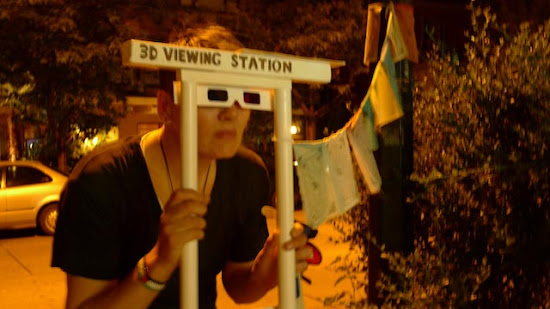 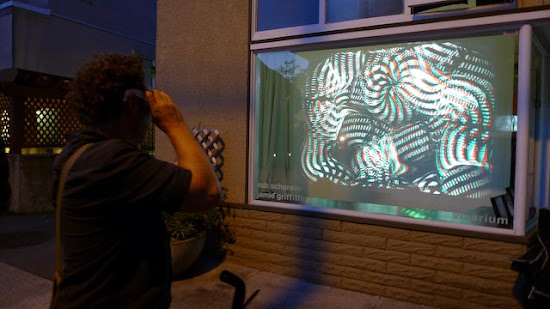 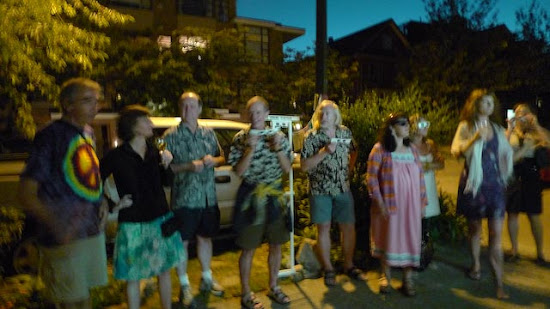